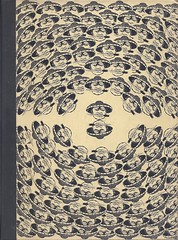 Piracy is a very serious issue for seafarers and shipowners today, and it was a scourge for centuries around the China seas.

The pirate Zhang Baozai operated six fleets in the South China Sea with over 70,000 followers, presenting the largest maritime security problem any nation has ever faced anywhere. An extraordinary ink painting scroll entitled ‘Pacifying the South China Sea’ which is 18 metres in length, depicts the nine-day Battle of Lantau that heralded the strategy of Viceroy Bailing to rid the Chinese seas of this blight.

The gallery also contains weapons used by pirates, dioramas and the huge cannon that the Qing Dynasty used in coastal defences.  There are Images and artefacts relating to the piracy that plagued Hong Kong in the late 19th and early 20th centuries, including portraits of ships that were hunted in the Rongsheng Heavy Industries China Export exhibit.

The gallery is sponsored by Pacific Basin Shipping Limited.